It's Great to Meet You 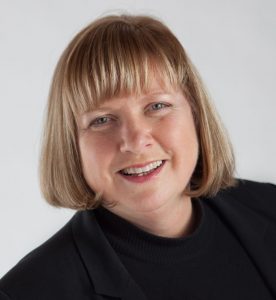 Seonaigh (Shaw’nuk) is the founding Executive Director of the Mindful Communities  Cooperative and is the key contact for general inquiries or requests for organization-wide services. She holds a post as a Professor at the University of the Fraser Valley, where she served as Department Head of Adult Education until 2019 and founded and now coordinates the Mindfulness-Based Teaching and Learning (MBTL) Graduate Certificate, the first established for-credit mindfulness credential in Canada. She received her doctorate from UBC in 2000 for a comparative study of East-West approaches to education through the lens of Dolma Ling, a Tibetan institute in the Indian Himalayas, after spending most of the previous decade living, teaching, and learning with Tibetans.

She began her academic career in the field of migration studies, founding an international scholarly journal entitled Diaspora, Indigenous, and Minority Education and publishing an associated book on Education and Sustainability. For the past decades, she has been committing more attention to bringing some of the insights and practices she learned in Asia to the Fraser Valley, BC, and Canada by designing and implementing the very successful MBTL graduate certificate program. As part of this activity, she launched the Mindful Communities initiative in 2015 and became certified as a facilitator in MBCT and MBSR, including Level 2 certification enabling her to mentor MBSR teachers. 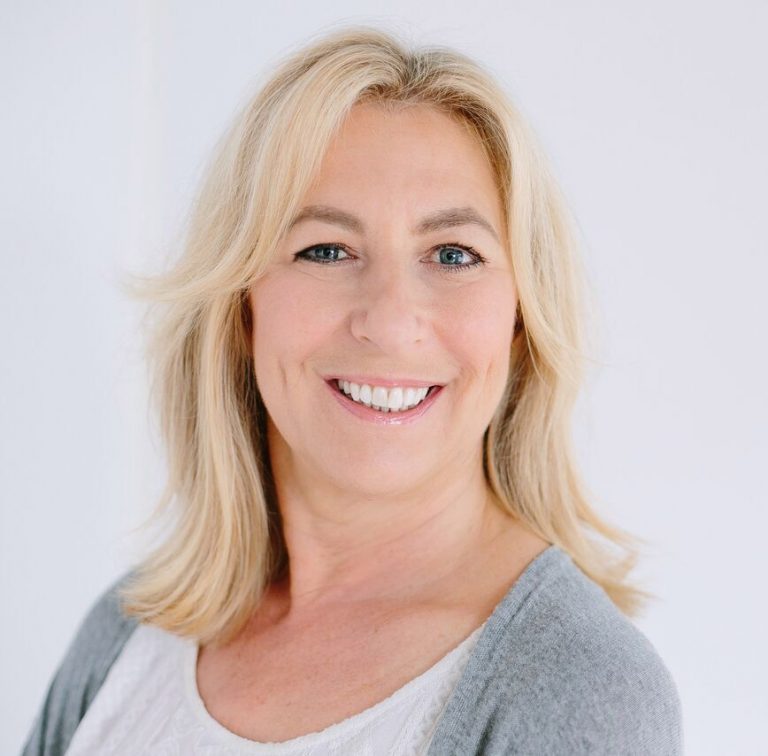 Lucy Weninger is a mindfulness coach and educator and is certified to teach MBSR (Mindfulness Based Stress Reduction) and MBCR (Mindfulness Based Cancer Recovery).
In addition to being a Certified Mindfulness Instructor she is also a 500 hour RYT (registered yoga teacher) with 13 years teaching experience. Lucy has recently completed a year of graduate studies in Mindfulness Based Teaching and Learning from the University of the Fraser Valley. Lucy is well versed in Buddhist Oriented Psychology and she combines it with yoga therapy and meditation to help people reset mindfully and shore up their resilience reserves. You can learn more about her at www.contemplativewellbeing.com 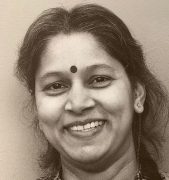 I am a certified Mindfulness instructor and look forward to sharing mindfulness practices with adult ESL and immigrant groups. I work as an adult literacy co-ordinator in Burnaby. 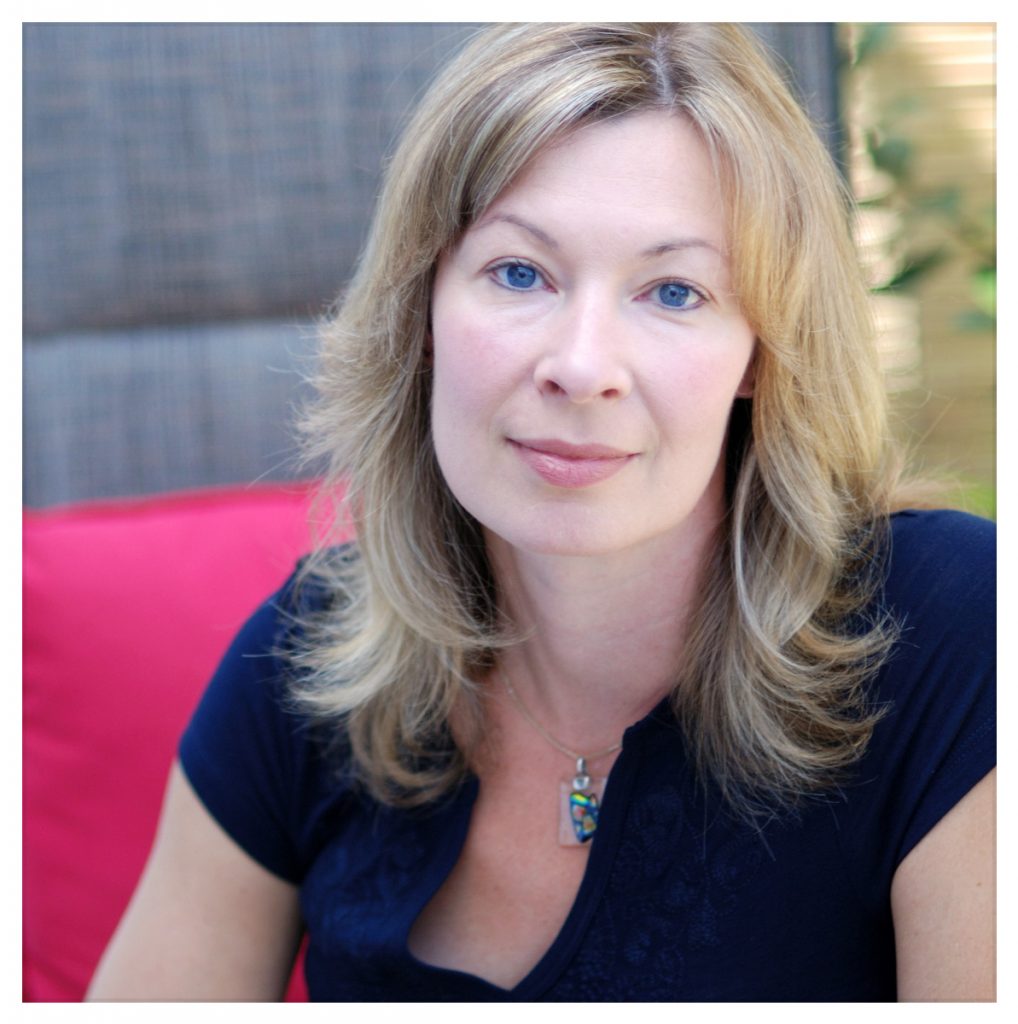 Külli Yee is a Certified Workplace Mindfulness facilitator and MBSR Teacher. Külli holds a Graduate Certificate in Mindfulness-Based Teaching and Learning from the University of the Fraser Valley and has completed her MBSR teacher training through the Center for Mindfulness Studies in Toronto. Külli is also trained in planning, implementing and evaluating workplace psychological health and safety programs in the context of the Canadian National Standard. Külli has over 15 years of experience in the financial services industry and she provides mindfulness training in the corporate workplace environment as well as in the larger community setting. Külli lives and works in Port Coquitlam, BC which is on the core traditional territory of the Kwikwetlem First Nation. 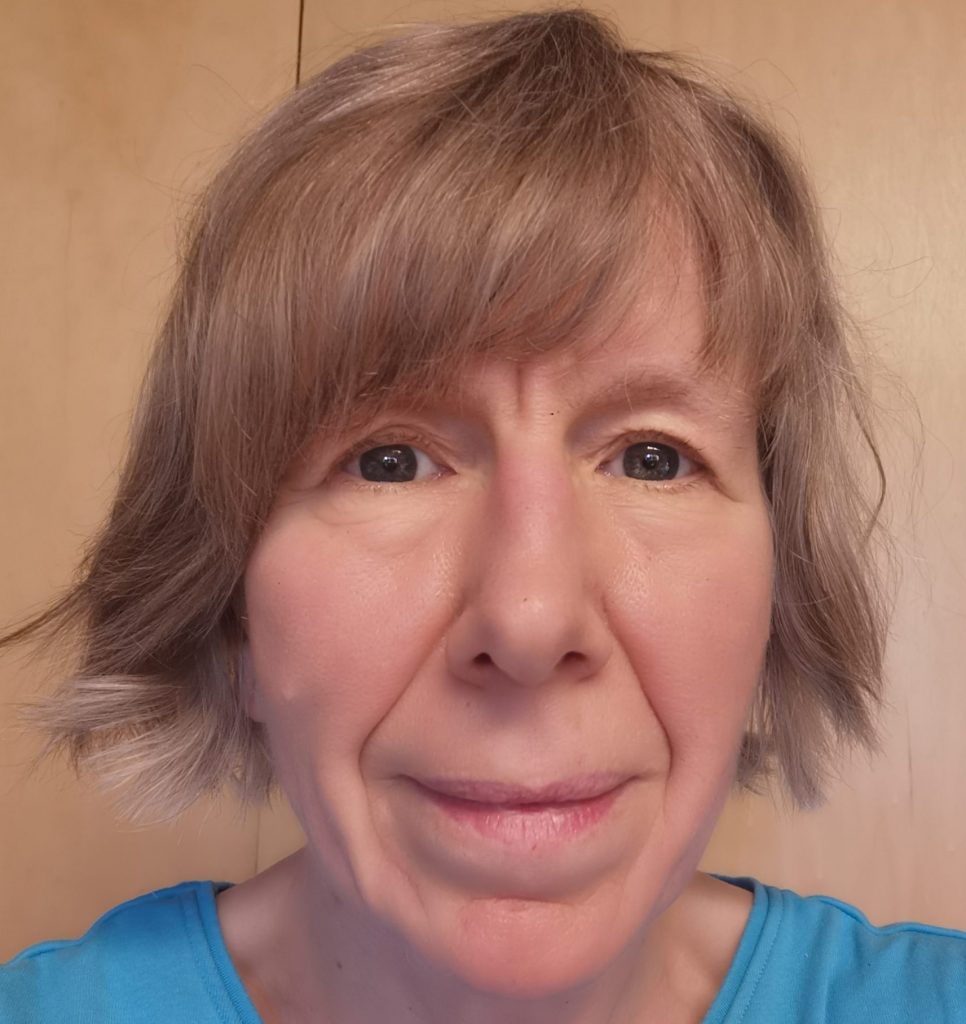 Sue Lawrence is a Nurse Practitioner with a primary care practice in Hope. Her focus is on mental health and on care of youth and women. She has been trained in the Mindful Schools program and has spent a few years teaching their mindfulness program to high school students. She has completed teacher training in Mindfulness Based Cognitive Therapy and Mindfulness Based Stress reduction through the Centre for Mindfulness Studies in Toronto. She recently completed her Graduate Certificate in Mindfulness-Based Teaching and Learning from the University of the Fraser Valley. 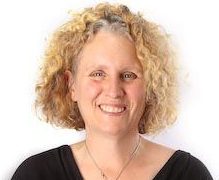 Dr. Amea Wilbur is an Assistant Professor at the University of the Fraser Valley with Level 1 MBSR teaching certification with the Centre for Mindfulness Studies. She is an instructor and the coordinator of the Mindfulness-Based Teaching and Learning (MBTL) Graduate Certificate Program at UFV. 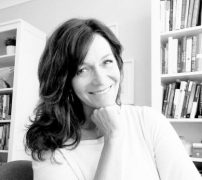 Dori has been teaching movement & wellness education programs for over 30 years. Her formal education began as a Kinesiology major but shifted to BA in Integrated Studies with a focus in Adult Education & Exercise/Wellness Management. She holds a Graduate certificate in Mindfulness Based Teaching & Learning, focusing her research on Somatic & Mindful Movement practices. Dori is a certified Wellness Coach thru the IAWP (International Association of Wellness Professionals) and is currently a student of Martha Beck’s, Wayfinder Life Coaching certification. 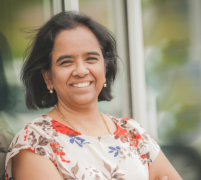 Nithya Ramani is a family physician practicing in Surrey. She is a recent graduate of the MBTL program at UFV and is focused on providing MBSR training in the community, particularly to healthcare professionals and patients. 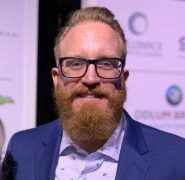 Ron is a certified Mindfulness-Based Stress Reduction teacher and UFV Mindfulness-Based Teaching and Learning graduate. He’s been facilitating learning for 20 years (recently in Primary Health Care), teaches motivational interviewing and does some personal coaching too! Past work is in Food Security and Healthier Communities. He is passionate about singing, cycling, ecology, social justice, and trauma-informed, mindful communities. He lives with his daughter, Willow, and wife, Keri, on Ts’elxwéyeqw Tribe territory in Chilliwack, BC. 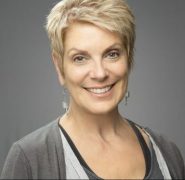 Patricia Rockman MD CCFP FCFP is an associate professor with the University of Toronto, department of family and community medicine; cross appointed to psychiatry. She is the past chair of the Ontario College of Family Physicians Collaborative Mental Health Network. She is a medical psychotherapist and leads MBCT and MBSR groups. She also provides mentorship and trains clinicians to deliver MBCT and MBSR. She has been educating healthcare providers in stress reduction, CBT and mindfulness-based practices for over 20 years. She is a founder and the Director of Education and Clinical Services at the Centre for Mindfulness Studies and the developer of the MBCT Facilitation Certificate Program. 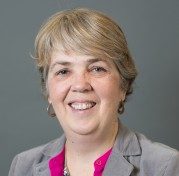 Dr. Janet Groen (BES, BEd, MEd, EdD) is certified as a Level 1 Mindfulness Based Stress Reduction (MBSR) teacher with the Centre for Mindfulness Studies (CMS) and is also a Professor of Adult Learning in the Werklund School of Education, University of Calgary.  She is passionate about her teaching and supporting her students; having recently received the University Teaching and the GREAT Supervisor awards.   Contemplative practices are infused in her courses whenever possible. She has had a regular meditation practice for the past ten years and counts time spent in nature, walking, and participating in an annual silent retreat as part of her mindfulness practice.  In addition, she has recently completed her certification to become a spiritual director, through the Pacific Jubilee Centre: http://pacificjubilee.ca 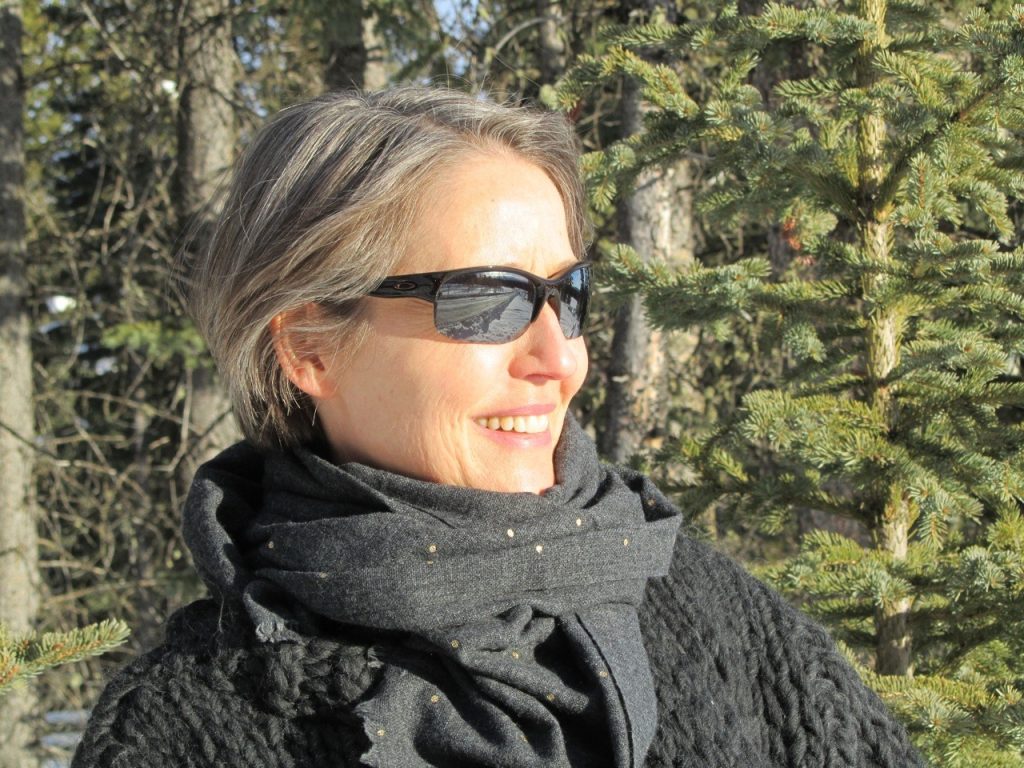 Jackie is an Associate Professor of Curriculum and Learning in the Werklund School of Education at the University of Calgary. She works in the areas of teacher education, ecological studies, ecopsychology, and contemplative studies. Climate and ecological crisis are the focus of much of her scholarship and teaching. She loves poetry, cycling, and gardening. The colonies of honey bees she tends in her urban yard are her teachers and they guide her in the curriculum of life. She was first introduced to contemplative practices when she spent a year working and living in a convent in Germany in 1987. She is a Level 1 certified MBSR teacher through the Centre for Mindfulness Studies and is completing Level 2. 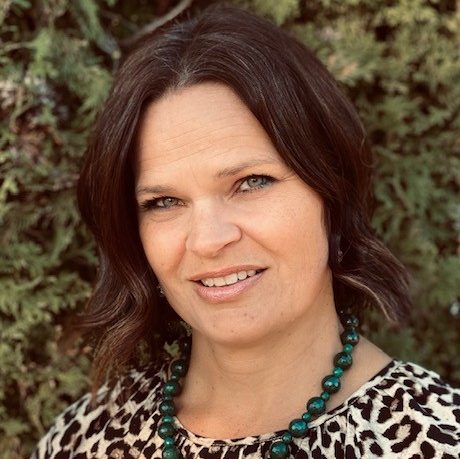 Melissa has spent 25 years working in health care and criminal justice systems. Her formal education includes a Registered Psychiatric Nursing Diploma, Health Sciences Degree and a Master’s Degree in Leadership and Training. She most recently completed a Graduate Diploma in Mindfulness Based Teaching and Learning. Melissa enjoys working with organizations, front line staff, managers and leaders. Mindfulness is a tool that can contribute to health and wellness- it has worked for me! Melissa is happily married and a proud mom of three boys, two dogs and some chickens! She enjoys being active, cooking, laughing and meditating! 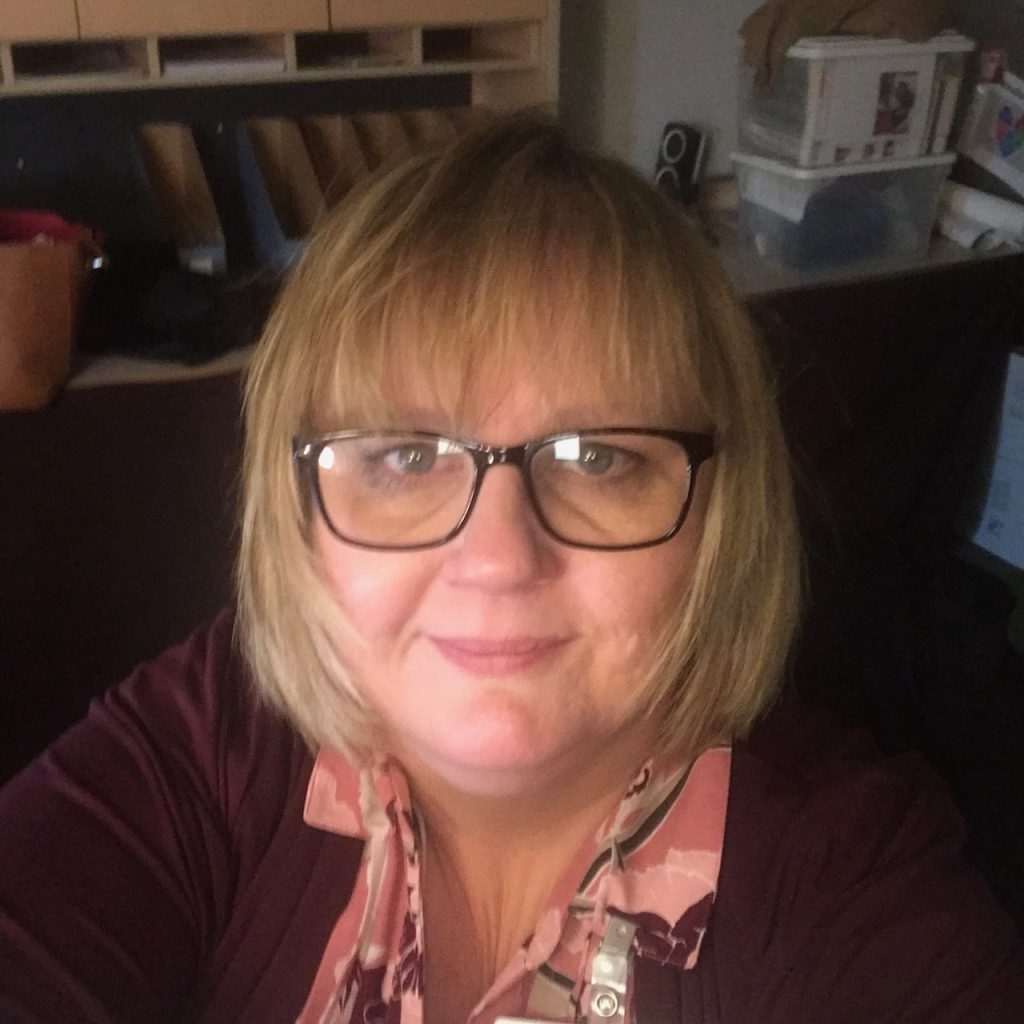 Leslie Carter is a certified Mindfulness facilitator. She holds a Graduate Certificate in Mindfulness-Based Teaching and Learning from the University of the Fraser Valley and has completed facilitator training in Mindfulness-Based Stress Reduction (MBSR) through the Centre for Mindfulness Studies in Toronto. Leslie has experience working in the public educational system for over 30 years as a Youth Care Worker with a current focus on Social Emotional Learning (SEL) K- 12 as well as supporting the well-being of staff. Her passions include reading, spending time in nature, and supporting others in developing mindful communities starting with staff and students in the public school system.

© 2020 Mindful Communities. All Rights Reserved. No content on this site may be reproduced without the express written permission of the author.